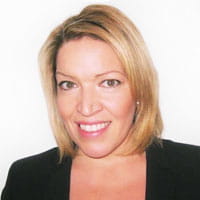 Ever-dedicated and obligingly squeezing in a 7:30am meeting to discuss the new EPiServer, it didn’t take long to learn that EPiServer has really come into its own. Almost as remarkable was that James Norwood - Executive Vice President Strategy, Chief Marketing Officer - took the time for a meeting the same day he was boarding a flight to London to launch a tour of ASCEND conferences to over 2,500 customers and partners.

After learning a bit about the cultural transformation through the convergence of EPiServer and Ektron it becomes clear that this company is set for rapid growth. And that doesn’t seem surprising this is a company has the marketer’s needs at heart.

The three pillars of EPiServer and their slightly paraphrased explanations are:

The ethos of EPiServer is truly to be at the service of marketing: enabling and empower marketers. There’s a possibility that this platform can be described as the Apple of the WCM/Marketing/Commerce platform world – the UI is designed to be so easy to understand customers concur employees new to the platform can start deploying campaigns very quickly. That’s great news for many marketers because while many platforms claim to make real-time marketing possible, they often require a lot of training or require too many steps to accomplish common tasks. Even while EPiServer moves toward investing in new behavioural and predictive analytics the emphasis on simplicity for the user is as strong as ever.

When the announcement that EPiServer and Ektron were converging into one company was made, the social chatter was palpable. Everyone wondered what the outcome would be and immediately analysts and bloggers were sharing their predictions. The good news is that EPiServer has come through on its commitment to retain the best of both stacks and deliver availability to customers in 9 months. Already companies using Ektron can use search relevancy technology and eCommerce from EPiServer.