Working with Oshyn: A Client's Perspective 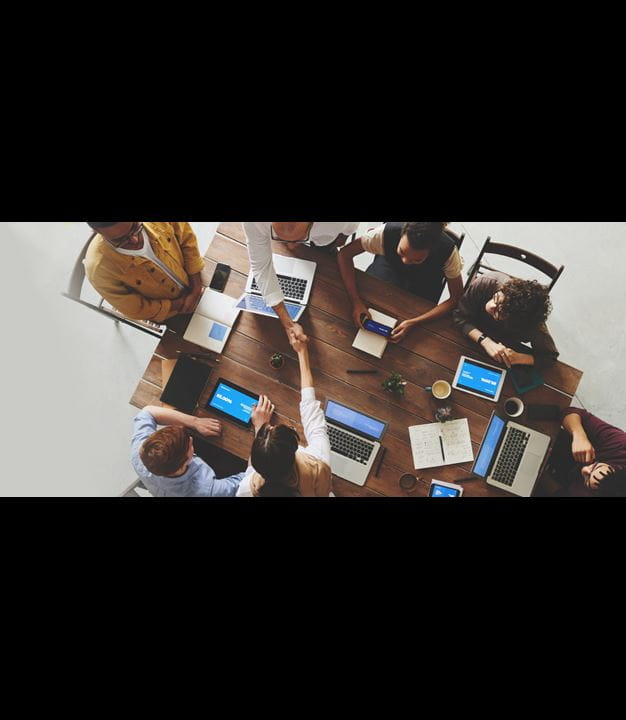 I spent five years working with Oshyn on building a publishing and e-commerce platform for my company. Oshyn helped me change a sleepy little CD audio journal for physicians into a fully-featured product line that allowed users to choose multiple delivery and subscription options and delivered huge growth to our company. Over the course of those five years, there were lots of changes, new directions, modifications to plan, business emergencies that had to be addressed immediately, ... oh yeah, and that time that we produced a new product line in a total of four weeks from conception to release.

What I learned about Oshyn during that time is that they treated my business as if it were part of their own. Everyone on the team was conscientious, dedicated, transparent. And for the entire five years, through the ups and downs, Oshyn was a partner that I knew that I could trust.

I first met Oshyn through a referral from Sitecore, which I had decided on because I was really excited to use the Digital Marketing Suite to power our E-commerce. After interviewing four potential partners, Oshyn stood out among all of them because they were totally invested in earning our business and bringing to the table all of the expertise that we needed. The others wanted to help us implement Sitecore, but Oshyn looked at our business and listened to our plans and goals and they outlined how they could help us get to where we wanted to be.

Our first engagements revolved around designs and requirements and Oshyn set up some workshops to help us sort through our myriad issues. We came out of those workshops with really good design and direction, but also with the realization that I bit off way more than I could chew in my planning. I had anticipated building a new E-commerce site, a system for marketing landing pages with upsells, an XML/SOAP integration with our subscription management system, and a Silver/Gold/Platinum product line. Oh yeah, I almost forgot — we needed a mobile app too.

So in a typical agile manner, we narrowed our focus onto what was most important to the business at the time, and concentrated on building the marketing landing pages (direct response was our primary sales vehicle), upsells and subscription integration. This first project ended up teaching both sides a few things. We did this project as a fixed bid which definitely turned out to be the proverbial double-edged sword. We had a solid set of requirements on the Sitecore side, but integrating with a subscription management system, and, more importantly, adjusting to years of ingrained business logic embedded in that system (/discount can only be applied if sub type=1, …/) meant that we faced a bunch of unknowns when we jumped in.

This project had a hard deadline since we were trying to get the upsell mechanism in place for December to capitalize on the end-of-year rush when our sales would typically double our typical pace. So when these unknowns started to crop up, Oshyn could have balked and presented us with a bunch of Change Requests to cover their additional hours, but that would have slowed the process down and we would have never hit the deadline.

I knew that financially, the project was not good for Oshyn and that they spent way more hours than they projected. I also know that we had a really bumpy rollout and the folks within my company were grumbling and wondering if this new vendor actually knew what they were doing — understandable since our folks didn’t really grasp the complexity of our business logic. In many scenarios the relationship would have ended right there with finger pointing and neither party being happy with the outcome. But instead this became an opportunity for Oshyn and I to put our heads together, figure out what we learned about each other, and then apply it to the next set of projects. What I learned about Oshyn at that point was they were all in on making this relationship work.

After the dust settled, we went on to tackle building the actual product line. Our product had been published as a set of audio journals on CD either 12 or 24 times a year and we wanted to turn it into Spotify or Netflix for doctors. One of our challenges was that as an accredited education provider, we had to adhere to certain workflow standards for the content which ran counter to the seamless user experience we were trying to build. So we had a number of product challenges that we had to hash out.

After the first project we all realized that we had to put more effort into analysis before we built anything else. Oshyn dedicated a BSA to all of our projects moving forward which lent a great deal of stability to a set of business rules that either had to be documented or rewritten to accommodate the new product.

We had committed to getting the product built by September, and my company took that commitment seriously — as in we started selling the product before it was actually built and released — a rather uncomfortable position to be in when you’re the one responsible for building it. At least I got the company to agree to release the web app that month and the mobile app a month later.

At this point everyone involved was firing on all cylinders for the whole summer: Oshyn was chugging away at building the web and mobile app while my internal team focused on reformatting all of our content to be ingested into Sitecore. Everyone was now working nights and weekends to hit this deadline. My most vivid memory of this period was the last weekend before we launched — my birthday fell on 90 degree Saturday and my family kidnapped me for a day down the Jersey shore. But at the same time, my phone is buzzing with Skype notifications from the Oshyn team in LA and Ecuador trying to nail down every last item. Since I was driving, my wife was reading my messages and typing my responses for me. We went live with the product the following Monday, got over the initial bumps and bruises pretty quickly, and started popping champagne corks.

Oshyn had proven themselves on two very difficult projects with unmovable timelines. And now we also had a solid foundation for the product that we were both able to build on. A couple things changed after the product went live. What we released was truly a Minimally Viable Product (MVP) and we had a mile long Phase 2 set of features that we knew we wanted. Then once customers got it in their hands they gave us another whole list of items that they wanted that we had not even thought of.

What was good about those lists is that my company understood that this was the beginning of the process, not the end. And that we were going to have to make a set of continuous improvements to the product in order to keep our customers happy. The company also realized that Oshyn had proven itself as a tech partner and that they were in this with us for the long haul.

That realization allowed me to change the financial relationship with Oshyn away from project-based billing, and toward continuous billing based on allocation of the necessary resources. This reduced project overhead and allowed us to move faster. This can be a risky move from a purchaser point of view, since there are fewer parameters that you can use to ensure that your partner is delivering what they are supposed to in the amount of time that they are supposed to. But Oshyn had proved themselves so trustworthy during the course of those two projects that I didn’t have to worry about that risk, and the speed and flexibility that we gained allowed us to start knocking items off the list really quickly.

Over the next few years we went on to turn the web and mobile app into a more mature product by adding a rewards system, maximizing our content SEO, building private label branding and support for other accreditations as well as a whole other set of enhancements that were important to the progression of the product and the company.

But having the flexibility that we gained with Oshyn really paid off when we hit a period of flattening sales a few months after our business got acquired. Our product management team deduced that we really needed a more targeted and lower-cost offering to gain a chunk of the market that we were missing, and they concocted an outline of a new line of products that would each focus on a single topic and would be a one-time delivery of content as opposed to an ongoing subscription like all of our others products.

While our content team figured out how to curate content for 20 topics, relying at least partially on our web usage stats to determine which lectures were listened to the most, Oshyn and our internal developers went to work figuring out how we could deliver this product quickly. They devised a scheme to use the playlist functionality that was already built into our product which cut down the development effort tremendously. Instead of having to build a new product delivery mechanism, Oshyn was just able to build a utility that allowed us to populate playlists which we were then able to present as a product using existing functionality. The product team had that idea in early August and we released the finished product by the end of that month.

By that point, years into my working with Oshyn, I had come to expect and to rely on that level of effort from them. And in that time, I never had to question whether they took my business seriously or whether I was getting the necessary level of commitment from them. I know that they had other clients, but I can tell you that Oshyn always made me feel like I was their one and only.