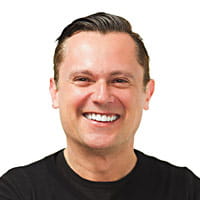 I think that vision is something that many of us have. We just have to pay attention and listen instead of try to define what the future holds in on our own terms or based on our agendas. Another problem though with predictions, is that they don’t necessarily come in a specific number, or with a specific timeframe. For example, In my prior predictions blog at the end of 2012, many of the items did indeed become true, while others did not. I believe the remaining ones will still come to be, but it may just take a little longer. It’s also interesting to see how some of these predictions also came true in 2014, instead of 2013. In any case, my point is that I refuse now to write this with a specific timeframe (for the most part) as I think some items simply will take time and it’s hard, if not impossible, to know how much time that will be. With this little disclaimer this time around, here are my predictions:

The benefit of a platform like this is, from an enterprise standpoint:

Please note that this would not work for every kind of app (i.e. games, etc). I’m talking about boring, simple enterprise apps which for the most part are content (rich text and media assets), structured data (fields) and basic business logic (i.e. validation of fields, submission of transactions to a back-end service, etc.). This prediction somewhat reminds me of this quote of unknown origin: “The best way to predict the future is to create it”. To that end, it may be that we will will EMMA into existence one day as I’m a little disappointed with the lack of vision from most product companies out there.

So this is what I see today and which the future will bring. I hope you have had great holidays and wish you a very successful 2015. The economy has indeed gotten better, and I also believe that the economy will continue at a strong, steady pace in 2015.