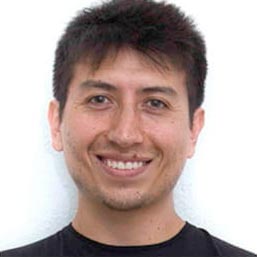 The tools needed for this project are:

The project includes Microsoft's HoloToolkit, a collection of scripts and components intended to accelerate the development of holographic applications targeting Windows Holographic. It includes a handful of assets that act as building blocks and the foundation for HoloLens development, you can always tune up this implementation or make your own using the HoloLens API.

HoloLensCamera game object is the main camera of the scene. The HoloLens headset renders the scene using this camera field of view and perspective. This object also represents the three-dimensional position and rotation of the user wearing it. For this reason it is often used to track the wearer's movement and position at any given time.

"Managers game object" is a collection of game objects that intend to perform as HoloLens API handlers. For example, you can add the InputManager prefab from the HoloToolkit if you want to capture user input gestures such as pinch, hold, hand track, or even speech recognition.

CursorWithFeedback is another game object from the HoloToolKit that renders a cursor when the camera directly faces a game object composed by a mesh. A clear example is when a user gazes at a spatial surface and the cursor is placed and rotated over the collided point. HoloToolKit provides a few prefab cursors that mimic the ones used on the HoloLens OS.

Congratulations, you have successfully deployed the Hololens Base app. Now you can start playing around with the different Prefabs and Scene examples.

For further understanding is recommended to follow the Microsoft HoloLens tutorials.